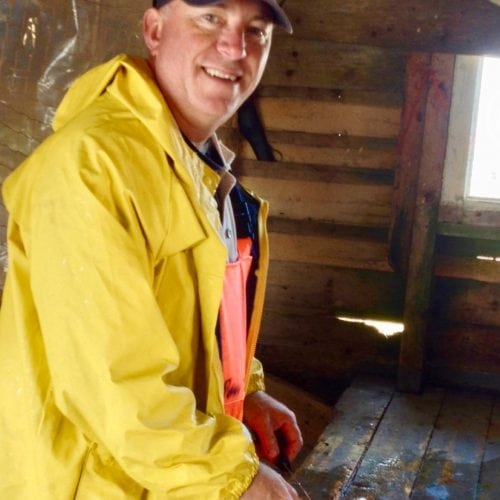 The Water to Table Movement

Tony grew up on Fogo Island off the North East coast of Newfoundland, the son of a fisherman.

He and his wife, Janice Thomson, call Fogo Island and Rob Roy, Ontario home. They have two (adult) children. After careers in high tech, wholesale, retail and consulting, he and his sister, Zita, formed the Shorefast Foundation (www.shorefastfoundation.org) as a vehicle to give back to their community that gave them such a great start.

Four new artist studio’s (www.fogoislandarts.ca), ten heritage restorations and the Fogo Island Inn (www.fogoislandinn.ca), are the products of these 10 years. The Inn, a social enterprise, opened May 2013 and has won world-wide acclaim including Travel + Leisure Best 100 Hotels in the World.

Tony co-founded Fogo Island Fish (www.fogoislandfish.ca) with his wife Janice in 2015 to re-invent the business of fish to serve community. It is a social enterprise focused on creating world-class fish products and making direct connections between fishers and some of the top chefs in Canada. It pays fishers more than double market rates and processes the fish on the island creating local jobs.

Their efforts are featured in the National Film Board of Canada documentary film, Hand.Line.Cod, which premiered at the Toronto International Film Festival.