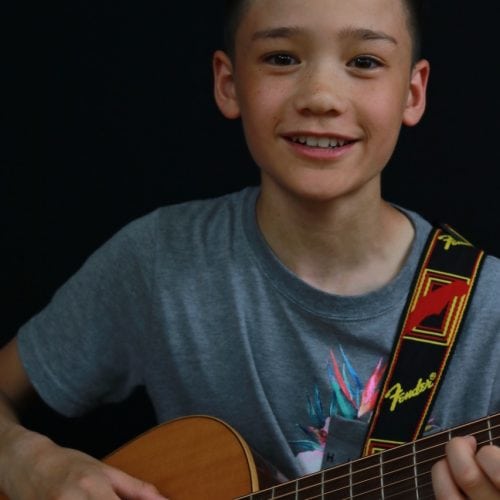 I'll Believe in U and When You're Away

Carter Lane is 12 years old and a native of Collingwood. He began his musical career at the age of five after constantly asking Shane Cloutier if he was “big enough” to play. When the day finally came, and Shane took him on as a student, Carter took off. His first performance was in a band with his brother Jude and soon they were regularly seen around town street busking. Gaining notice by individuals such as Mayor Cooper, he played for the Mayor’s Golf Invitational, then Sound of the Streets, Future of Jazz, and most recently represented the Filipino community at Taste of Manila in Toronto.

This past year he began writing his own music and will be putting out an EP this coming Fall. Carter draws upon his own life to write his lyrics, so they are optimistic, filled with hope, and a confidence in the future. His latest accomplishment has been being signed to the Mini Pop Kids.