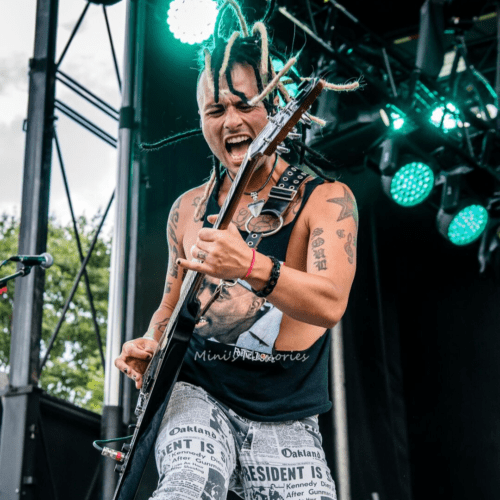 Sal Costa is a Platinum selling, #1 Billboard USA and Juno Nominated recording artist who was a member of the breakout band My Darkest Days. In 2009 the band signed a major label recording contract with Island Def Jam/Universal Records and their debut single, which reached #1 on the USA Rock Charts, became the biggest anthem that year and is still one of the most played recurrent songs at Rock Radio in America. Sal has toured playing arenas such as Madison Square Garden, ACC, Staples Center and many others across the world, and has collaborated with the likes of Nickelback, Ludacris, Stone Temple Pilots, Bush, Slipknot, Disturbed etc. Sal has also enjoyed success as a solo artist, appearing on records with the likes of Jimmy Buffett, Joe Perry of Aerosmith, Bret Michaels, Phil Collen of Def Leppard and many others. Currently, Sal has a song in the Canadian Top 40 Rock Charts as the guitarist for Canadian supergroup, Bonds of Mara.

Hitting Rock Bottom: The Gift of Losing is All

Check out Sal on his Social Media Accounts!